Some more information about our speaker.
Graham Skinner, is a professional aeronautical engineer and served 37 years in the Royal Air Force retiring in 2000 as an Air Vice-Marshal and was last the Commander-in-Chief of RAF Logistics Command  at  Brampton, Huntingdon. He has a first class honours degree in Aeronautical Engineering at Bristol University and a Masters degree in Industrial Management from Loughborough University; he is a Fellow of the Royal Aeronautical Society and the Institution of Mechanical Engineers.
After his time in the Service, a second career followed in aerospace management with various appointments such as Military Adviser to Marshall Aerospace in Cambridge and as a Visiting Professor at the Royal Military College of Science, Shrivenham. Until 2017 he was a Non-Executive Director of  Shorts Brothers plc, Bombardier Aerospace which has the largest private workforce force in Northern Ireland where aero-structure component assemblies of regional passenger and business jets are produced. He no longer holds any remunerated posts.
Also after his retirement from the Service he has also been closely involved with The Worshipful Company of Engineers in the City of London. Until January 2010 he was The Clerk responsible for the day-to-day management activities and its charitable trust funds. Thereafter he was elected to The Court of The Company and was The Master Engineer from 2013/2014. He is presently a Past Master of The Company.
Graham was a Governor of his old school, Hampton in Middx from 2001 until 2018  but  is now an independent Trustee there for the Fitzwygram Foundation set up to provide bursary support into the School for disadvantaged boys. Until  recently he was the Honorary Treasurer of St Michael and All Saints Church in Beaconsfield where he lives with his wife Margaret. He is presently President of the No 606 Sqn, Air Training Corps at Wilton Park, Beaconsfield. 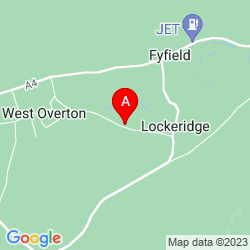 No events found within criteria